So You Have a Blog, Now What? Critical Info You Need To Know.

So You Want To Talk Empowered?

I packed the hubbs on a plane to Kansas City and off we went this past weekend to figure out this whole bloggy thing I have been doing for several weeks.  It’s about time, huh?

We went to something called WordCamp KC. WordCamps are community organized meetings for users of WordPress – the blogging platform that I use.  The Organizers, Jacob McDaniel, Josepha Haden and Val Bontrager compiled their thoughts, ideas, and flawlessly executed a WordCamp the first time they tried it.  All of these folks are pretty cool people I quickly found out.  One of the brightest people at the conference was Syed Balhis – a 20 something kid that appears to have forgotten  more about blogging than I have learned.  Very fun and entertaining presenter as well. 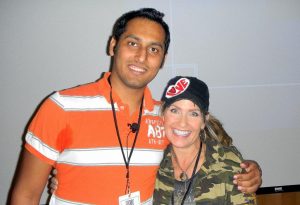 Wasn’t really sure what was going to happen at this so-called WordCamp.  Having never been to one – I thought here I go – just put myself out there and see what sticks.  I was really impressed.

Sure there were a bunch of tech geeks at the thing.  But Jacob and Josepha did a great job keeping the content people separated from the developers.  And that allowed the novices like me to learn a bunch of new stuff.

So here it is – what I learned at (Word) Camp this week:

I’ve spent the weekend with some of the BEST people in the business as well.  The aforementioned Syed Balkhis was as knowledgeable about blogs as anyone I have met yet on this journey.  This 20 year old has already created, produced and sold dozens of blogs and is not shy about saying he is on his way to his first billion dollars.  He owns the very popular and very informative WPBeginner website.  This is one guy to keep your eye on.

But the best part of the weekend (outside of being with hubby and no kids) were the new people we met. 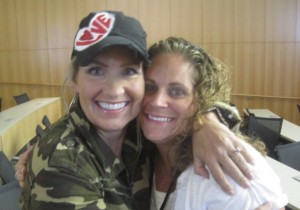 The Greatest Realtor in all of Kansas City! 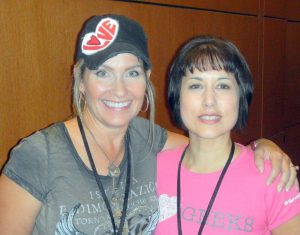 Pamela Hernandez and The Empowered Mom

There were many, many more who I know I will keep in contact and network with over the coming months.

This was a very fun, educational and profitable experience that I look forward to going to again next year!!

Categories: Blogging All The Way To The Bank, Career, Fitness, Friendships, Positive Thinking, The Empowered Mom CommunityBy Maria LuceJune 14, 2011
Share this post
Share with FacebookShare with TwitterShare with Google+Share with PinterestShare with WhatsApp

HUGE ANNOUNCEMENT: The Empowered Mom Podcast is HERE! You Can Listen NOW!
December 11, 2017