Should You Stay At Home When Your Kids Are Older? 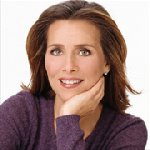 Meredith Vieira recently announced she will be leaving the TODAY anchor chair to spend more time with her husband and college-aged children.

When a woman at the top of her profession with older children exits the office for a career slow-down or hiatus, some people scratch their heads – why now? Don’t kids need their moms less as they get older?

If you’ve been reading this blog for any length of time, you know I am agnostic when it comes to what Moms should do.  It is UP TO YOU! A Stay-at-home Mom works just as much as a Working Mom (outside the home).  One of the reasons I started this blog was to get information like this out there.  In this piece, Alexa Aguilar makes some interesting points that I want to share.

Many of us know working women who have a baby and put their career on pause. They trade a cubicle for the playground and business wear for yoga pants. When the child enrolls in school, maybe they return to work, maybe not.

The conventional wisdom is that the little ones need our attention the most. But for moms who choose to switch gears and stay home with older children, being an at-home parent while a child navigates the tricky years of adolescence makes even more sense.

One of those moms is Liz Mendizabal. Her son, an only child, graduates this spring from college. She spent most of his childhood in high-profile communications jobs. But more than a decade ago, when her son was 11, the then-49-year-old decided to leave her successful career working in Washington’s attorney general’s office to be a stay-at-home mom.

“It was the best job of my life,” she said. “I had reached the pinnacle, but it was very demanding.”

Deciding to stay home and spend time with her son is one she has never regretted.

“I would have never got that time back with him … never,” she said.

Staying at home during the toddler years never attracted her, she said. She returned to work when he was six months old. A high-quality child care provided him with socialization, Mendizabal said, and she wasn’t much for finger painting.

But as her son inched closer to his teen years, she felt like she was needed at home. The long days and stress were taking a toll. Her husband’s job required a two-hour long commute. Her son’s caretaker – his grandmother – wasn’t enforcing rules, and homework time had been supplanted by too much time in front of the TV and video games. He was also entering middle school, where the social scene had become a lot trickier, she said.

The trigger came one morning when an exhausted Mendizabal sat with her son waiting for the bus. As they chatted in the car, she hearkened back to the “Leave it to Beaver” days. She joked about how she would have been like June Cleaver, waiting when he came from school with a clean house and cookies.

His response knocked her for a loop.

“Do you think there will ever be a day like that, Mom?” he asked wistfully.

Mendizabal is quick to point out that it was only because she was an older mom, who had built a career and accrued savings, that she had the financial ability to take time off. She also stressed that she thinks her son benefitted from seeing her as a successful career woman.

But for those two years she stayed at home, she said, it was the right decision to cheer at soccer games, cook meals, help with homework and simply manage the home front in a way she couldn’t before, she said.

She laughingly recalled that she never baked those cookies they talked about.

But they did have many conversations that she’s not sure would have happened if she had kept working those long hours.

Patti Chenwick, a 49-year-old mother of three in Batavia, New York, stayed home with all three of her children from babyhood. As her children got older, she started to take on more part-time work. When her daughter called her from her cell phone from another room in the house one day to get her attention, she decided to dial back. Her teens needed her just as much as they did when they were toddlers, she decided.

They don’t crawl into your lap and beg for you to step away from the computer at that age, she wrote in an online essay. But children’s need for attention from mom doesn’t go away simply because they are in school, she told TODAY Moms. The insights she got into her children’s lives as she ferried them around in the car or chatted with them when they returned for school kept her involved in their lives at an important stage, she said.

Mendizabal said she worried about re-entering the workforce, but was able to find fulfilling jobs when she returned to work. She’s now the public affairs director for the Washington State Investment Board.

“For me, it was a really special time,” she said. “And I would have missed it if I hadn’t made that decision.”

Visit msnbc.com for breaking news, world news, and news about the economy