Are you kidding me!?  Really?

Just when you think things can’t get more ridiculous – it does!

Because now you can sign your daughters up for the ‘Stripper-Wanna-Be’ classes. 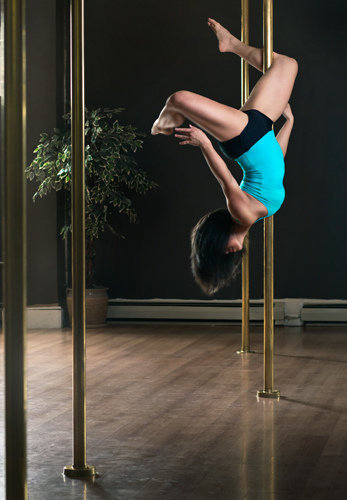 You read that right!

It’s true.  You can sign your little girls up for Pole Dancing Classes.

3. Over-sexualize your little girl as soon as possible.

Because that’s EXACTLY the message that’s being sent when you sign up for the  Under 16 Pole Dancing Classes.

Not only are the mini-strippers — errr, sorry, “dancers”  – spinning on the poles — it’s more than that – my head is spinning!!

And, according to a post by Blogger Phil Giannotti in the NJ.com Parenting Section – you, too – can sign your little girls up for the classes at a dance studio in England called Make Me Fabulous .

The dance studio recently begun offering a pole dancing class for students 16 and under. So as long as your prospective pole-spinner is     at least 3-YEARS-OLD —  yes, those typically swinging on the playground – now they can get an undergrad in Stripping.

The class is called “Little Spinners”, and it accepts students starting from the age of three. Instructor Carly Wilford has met resistance from parents, the public, the government and child advocacy groups, all of which claim the dance studio is sexualizing children, turning them into miniature strippers before they have even reached kindergarten.

“I was prepared that people might take this view,” said Ms. Wilford. “I would understand it if I was teaching girls to dance in a sexual way, but I’ve stripped back any sexual aspect. I’m not sexualizing anyone. The lessons are about exercise [and] having fun….”

The post includes circus acts and performers as a witness to why the class would benefit kids.

“there is a tremendous demand for the Little Spinners class despite the uproar, with parents enrolling both little girls and boys, If the children are enjoying it and they are getting exercise as a result then is there really a problem? Pole dancing may have a stigma attached to it, but it is now seen as a legitimate form of physical fitness. If Ms. Wilford has removed the sexual aspect, how is it being reintegrated into the conversation? By the same people who are taking so much time insisting that it is sexualizing kids and there is no benefit whatsoever. That’s just ridiculous.  Maybe the real issue here is not a pole dancing class for kids, but rather the steadfast inability for some people to look beyond what they consider taboo.”

It’s not an issue of ‘the steadfast inability for some people to look beyond what they consider taboo’ – taboo??  Stripping is merely taboo?  How about parents doing what’s in the best interest of their kids!  The only thing that mimics a circus act is somehow considering this is not sexualizing girls and pretending it’s for good health. And doing so is nothing but spinning a web of lies.

The instructor says she’s stripped back any sexual aspect.  Is the pun intended?

She furthers, saying Pole-Dancing for Pre-Teens is about having fun and promotes exercise. Exercise.  Hmm.  I’m sure it does burn calories – but it burns me when I see people rationalizing the ridiculous!   Let’s just call a spade a spade and a stripper a stripper.  How about having the little girls naked and let people stand in line ready with their dollar bills.  Would that make it okay?

How about Empowering our little girls (and all our children – boys and girls) with education, self-esteem, solid values and self-worth, and the belief they are worth so much more than using their bodies as exploitation?