T-Rex Sex. And Other Fossil Fun.

T-Rex Sex. And Other Fossil Fun.

Ever Feel Less Than Human?

In fact, one of my boys reinforced that just the other night – telling me I sounded like a

Yep!!  (Now all 3 boys are hysterically laughing at me.)

And the first thing I thought of…. T-Rex Sex.  Why? I’m not sure. It must be my demented mind.

They’re telling me how I sound and I’m thinking of sex.

I called – err, rather, ROARED the boys to the dinner table – frantic, and slapping something there only moments to spare before we race from one event to the next…. and like a skilled pro…. manage by sliding into home plate with merely seconds to go….. HOMERUN!  Yeah, baby!  (Again – my mind goes to sex and another slang sexual metaphor….sorry – #justbeinghonest ).

Back to the potential paleontology pairings.

I must admit – I am fresh-faced off seeing the new Jurassic Park 3D.

And yes, before the movie, the boys and I were a bit excited. In fact – since we like all things boy – Star Wars, Lego, Dinosaurs, etc.  We decided to combine a couple of our favs before the show – and came up with our own little tribute: 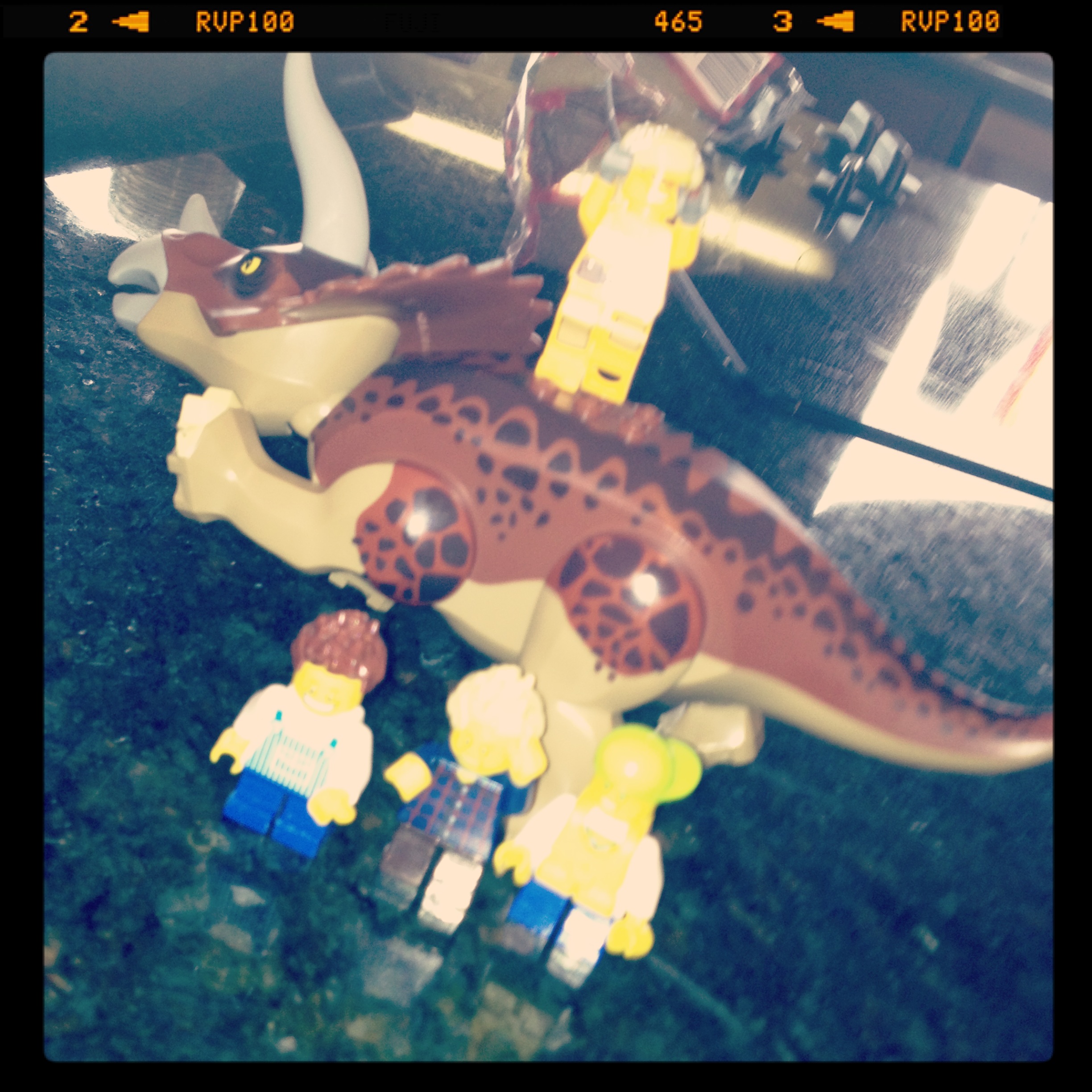 It was great – we had a blast.  But then a series of baseball practices immediately after – at overlapping times, across town from each other and juggling just how I was going to be three places at once was quite heroic on my part.

As you might imagine:  I failed – and continued a frantic pace to and fro – then making it home in just enough time to realize now it’s dinner, homework and the bedtime routine.

So while I wanted to run a tight ship and have everything fall neatly into place.  You would NOT believe my kids.

But I roared and snarled and gnashed my teeth and off I went into an explosion resembling some paleontologic powder keg- the looks on my kids’ faces are now frozen in my mind as they become fossilzed with fear.

That was enough to freeze me in my tracks.  And realize all the booming and bluster and roaring served no one.  In fact if anything, it made it worse.

So if you’ve ever felt like me….  and realized the error of your ways – take heart in these empowering tips:

Like that ol’ terrorizing tyrannosaurus rex:  I realized I was about to make myself disappear, become extinct, kaput — so, I took a break, found some ‘inner zen’ – apologized to the kids – and took a ‘Mommy Time Out’.

So don’t let that happen to you.

Don’t make yourself become extinct – instead, nurture YOURSELF!

Remember, behaviors you dislike cannot continue without your permission or your engagement.