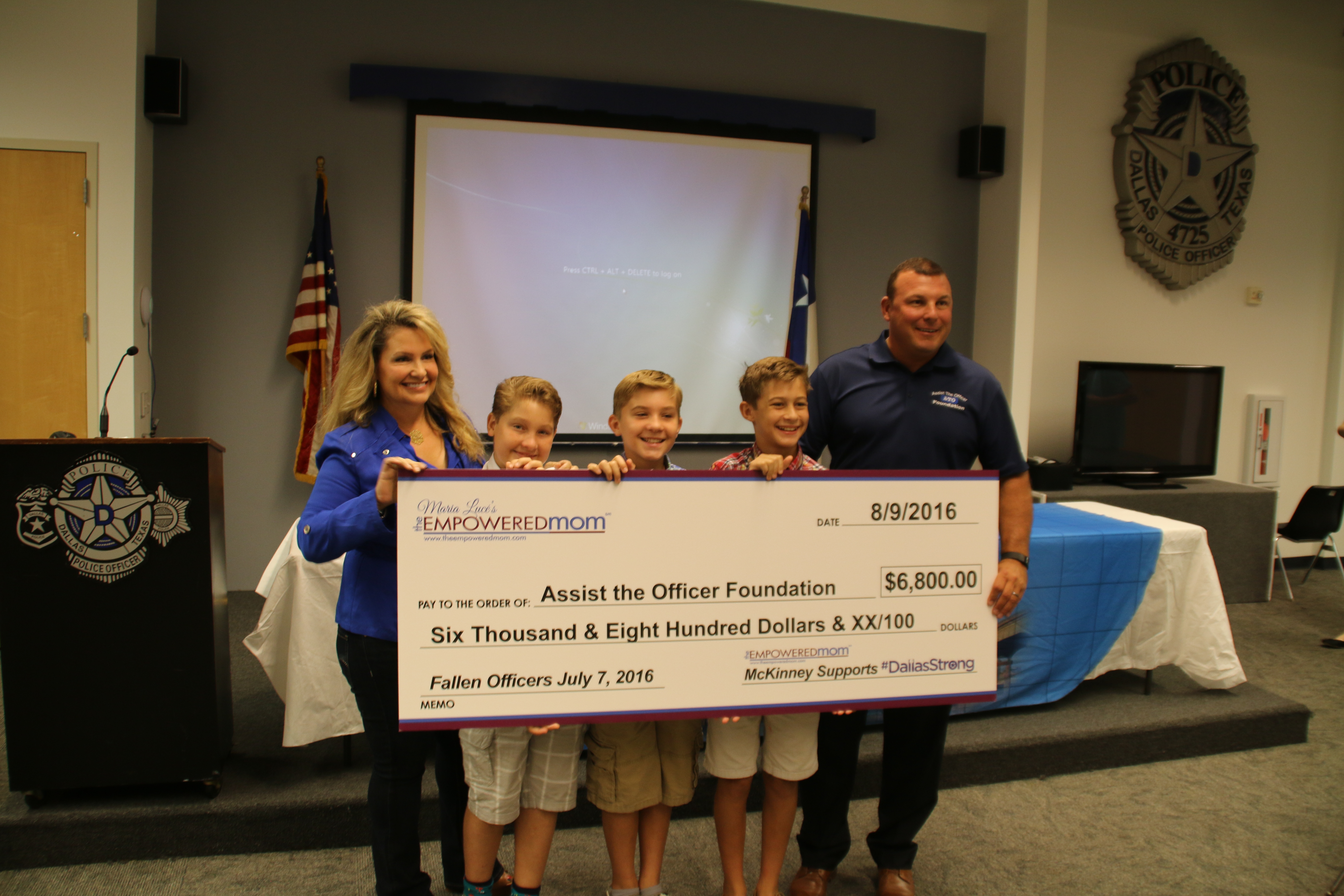 It started out as a small idea. That proverbial tiny mustard seed. The result was ASTOUNDING!! How did lemonade and popcorn bring together a community, change lives, make NATIONAL NEWS and raise THOUSANDS of dollars for the families of the fallen Dallas Police Officers? You WON’T believe how a small idea empowers an entire community – and mostly our First Responders. You won’t believe what happened next!

It began as a little neighborhood lemonade stand. What it morphed into changed lives forever.  I first discussed this idea with my 3 boys after the Dallas Police shootings and wrote about How To Talk To Your Kids About Violence.

If You Have Lemons: Empower Your City

It didn’t stop there. Everyone WANTED to help. Looking to EMPOWER our kids, our community, our heroes: our First Responders.

One bag of popcorn, one cup of lemonade at a time.

Everyone wanting to make a difference. Kernels of change.

Kernels of Change Empower A Community

But more than anything – the entire community and every branch of McKinney’s First Responders showed up, showed support and showed how we can all make a difference.  As did so many businesses: Market Street stepped up and donated supplies, location, ice, popcorn, lemonade. As did other businesses: Christy Brott State Farm, Fast Signs in McKinney, along with numerous neighbors, friends and citizens.

So the word got out and went VIRAL – and the result: McKinney gave themselves, their time, their heart, and their donations.

It didn’t take long – but the results are long-lasting. The community turned out IN FORCE! UNITED to support, UNITED to help out.

Kids CAN Make A Difference! EMPOWERED!

DOZENS of Kids worked making signs, taking donations, giving their time and absolutely helping out in any way they could.  They were making a difference. They mattered. They were EMPOWERED.

McKinney EMS Heal A Community, Protect The Next Generation

Awarding Kids With Their Own Badge: A Badge Of Empowerment and Unity

It Takes An Empowered Village!

Market Street in McKinney stepped up and donated supplies, location, ice, popcorn, lemonade. As did other businesses: Christy Brott State Farm, Fast Signs in McKinney, along with numerous neighbors, friends and citizens. THIS WAS A COMMUNITY-WIDE EFFORT. EVERYONE worked hard, donated supplies, time, hours, dedication and commitment. Everyone made this happen – and made a HUGE difference.

The COMMUNITY turned out in DROVES.

KIDS worked to make a difference. Neighbors, friends, the entire city wrapped their arms around #DallasStrong.

And on behalf of everyone – we were honored to present the check to the Chairman of the Dallas Assist The Officer Foundation.

Officer Frederick Frazier took time out of his busy schedule to accept the donation.

All proceeds going directly to the families of the Fallen Officers from the tragedy on July 7, 2016.

The impact was huge and in fact, made national news!

While I may have had the voice (yes, everyone always says I’m a loud-mouth), but this was a community effort, everyone worked hard, they showed up, they showed their support and most of all – ALL of McKinney showed its HEART.

So YOU see, you can make a difference, you can EMPOWER yourself, your community, your KIDS, and all our First Responders. YOU matter. These kids now know they CAN have an impact, they CAN empower themselves and their world. And they can show just how much we love and appreciate those that put their lives on the line everyday to protect us.

And to ALL our First Responders: