2 Billion People Worldwide Care – Do YOU?

I know I should care more.

I WANT to care more.

I simply can’t seem to muster up more UMPHH about it all.

So there must be something wrong with ME, right?  (Hello, Captain Obvious. And no wise-cracks from the cheap seats.)

Posts have gone postal, blogs are blowing out of the blogosphere, and hashtags have gone haywire.  So much so, it’s been hard to track the Royal Wedding Mania.

I mean, the stats are startling. 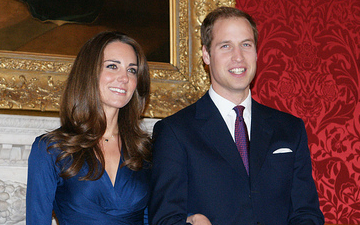 Some reports show some 2 Billion people worldwide are expected to watch.   Billion – with a B.

Check out this Mashable article.

News stories (as indexed by Bing) are up nearly sevenfold to 7 million per day since the beginning of the month. Blog posts have more than doubled from 46.7 million on April 5 to 102.9 million, according to data obtained from Trendrr.

For a funny take from one blog, check out Fluid Pudding.   She muses on things that could make her get up that early, but the Royal Wedding is not on her Royal list.

And some, like Marcy Blum, a world-renowned event planner, even calling the Royal Wedding Planner an ‘unspoken hero.’   Hero? Really?

Oh! And if you need a down-to-the-second countdown clock, yep, there’s that too!